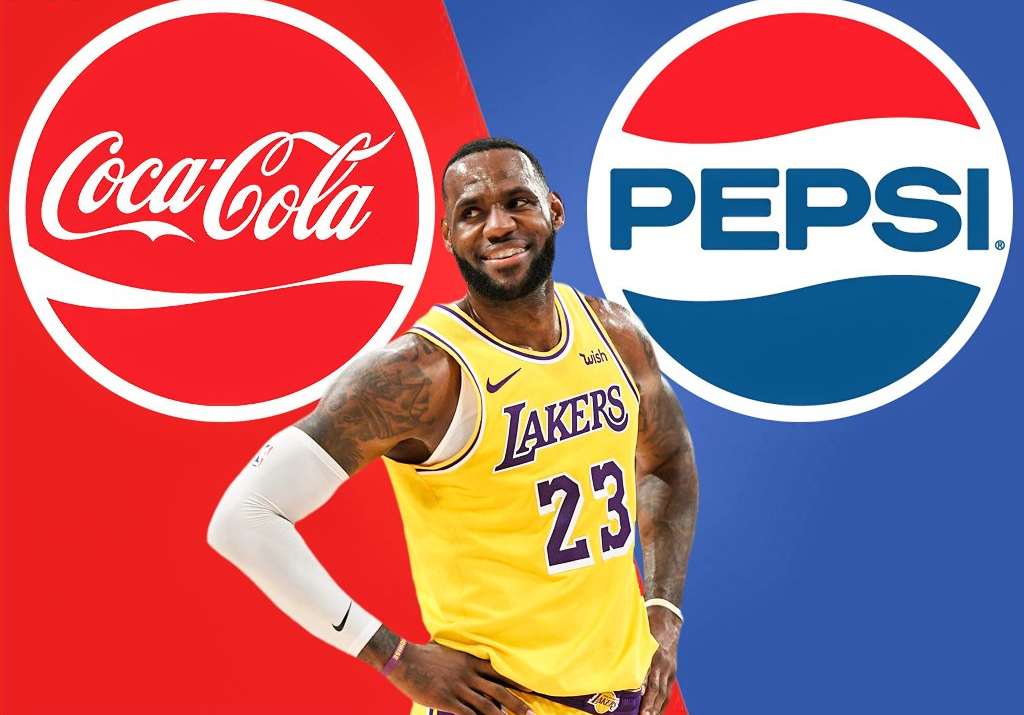 For Los Angeles Lakers player LeBron James, Sprite commercials are now a thing of the past. Since entering the NBA straight out of high school in 2003, James has had a few partnerships that has been with him since the beginning of his career and as he’s moved around from team to team, Coca-Cola is one of them.

It’s reported that last year James and Coca-Cola’s partnership had officially ended. In that time, neither party was able to reach a decision on a contract extension, forfeiting its renewal. Speculations surrounding the claim suggests that Coca-Cola wasn’t offering enough compared to what its rival Pepsi was willing to offer.

The Pepsi Company has been the NBA’s prime sponsor since 2015, when it officially announced becoming the NBA’s beverage partner. On Jan.15, 2021 Front Office Sports reported that LeBron James would be signing a deal with Pepsi, becoming the new face of Mountain Dew’s new energy drink. Allegedly, potential negotiations are still in the works for LeBron to be a pitchman for the company’s core beverage, Pepsi.

According to Forbes, LeBron James is a top earner in endorsements for the NBA’s active players, raking in $50 million per year. James still has a few longstanding partnerships with a few companies such as, trading card company Upperdeck , and his on-court lifetime partnership with Nike.

In his recent book, LeBron Inc, he discusses his business dealings over the years.