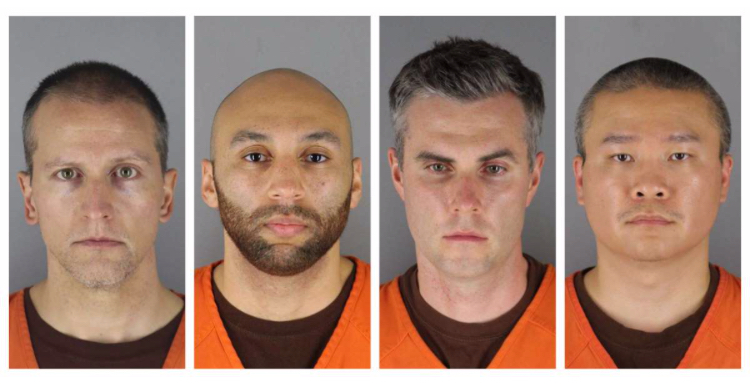 Four Minneapolis police officers who were charged with the gruesome death of George Floyd are now asking prosecutors for a three month delay in their trial that is scheduled to begin on March 8.

In a motion to prosecution it suggests that postponing the trial to June 7 gives individuals on the case enough time to be vaccinated, and “appropriately balances the need to protect public health with the need to ensure that this case is resolved expeditiously.”

Tou Thao, J. Alexander Kueng and Thomas Lane are three of the criminal officers involved that will stand trial for aiding and abetting, murder, and manslaughter. They will be tried together, along with the fourth criminal Derek Chauvin, who faces charges of second-degree murder and manslaughter. Chauvin is the officer who was seen in a viral video, in which Floyd begs for his life after being forcibly detained. For eight minutes Chauvin kneeled on Floyd’s neck, ignoring any cry for help as his posse’ stood by and watched, while keeping any bystanders from interfering.

Chauvin’s attorney, Eric Nelson, commented saying that he has no desire to object the prosecution from seeking a delay in this trial, the AP reports. As for J. Alexander Kueng’s attorney, Thomas Plunkett, the tune is slightly different. Plunkett says hearing the motion presented around COVID-19 is “puzzling”. He continues, “The timing of their motion seems curious to me, the pandemic has been around for a while.” Thao’s lawyer wasn’t immediately available to comment, reports the Star Tribune. No motion has been confirmed or denied at this time.