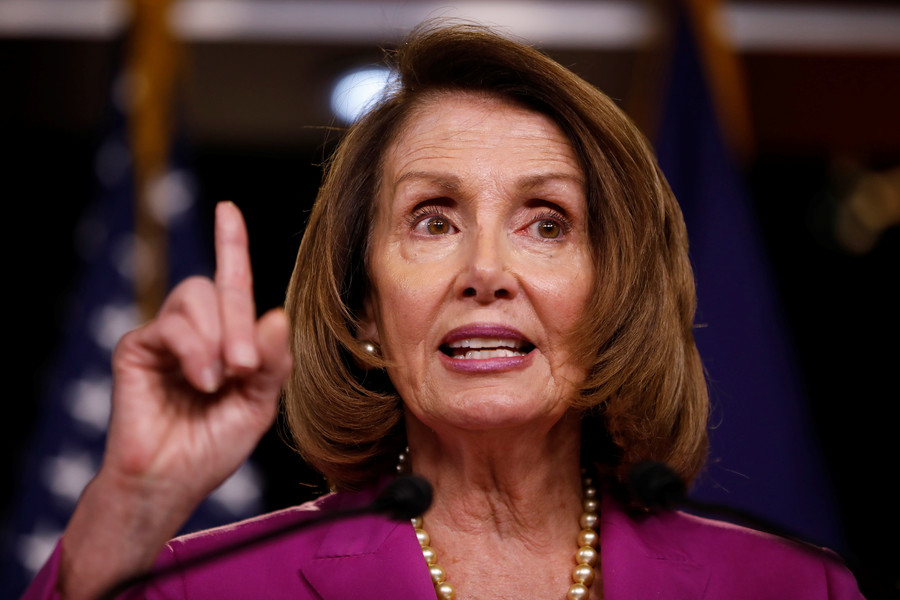 On early Friday morning police responded to a call of vandalism at the home of U.S. House Speaker, Nancy Pelosi, claiming an “unidentified suspect(s) had painted graffiti on the garage door and left a pig’s head on the sidewalk.”

The graffiti on the garage was loaded with messages, reading: “WE WANT EVERYTHING” , “2K CANCEL RENT” including fake blood being spread on the driveway with a severed pigs head. It is believed that Pelosi was not at the home during the time of the incident, and the vandalized door has since been covered with black trash bags.

Briefly after this incident it was reported that Senate Majority Leader, Mitch McConnell’s Louisville home was hit as well. His front door included messages like asking “where’s my money!”, according to local reporters. McConnell tells the Courier Journal, “This is different, vandalism and the politics of fear have no place in our society.”

This incident arises from Senate Republicans blocking a House-passed bill that would’ve resulted in an increased stimulus check from $600 to $2,000 for American families.